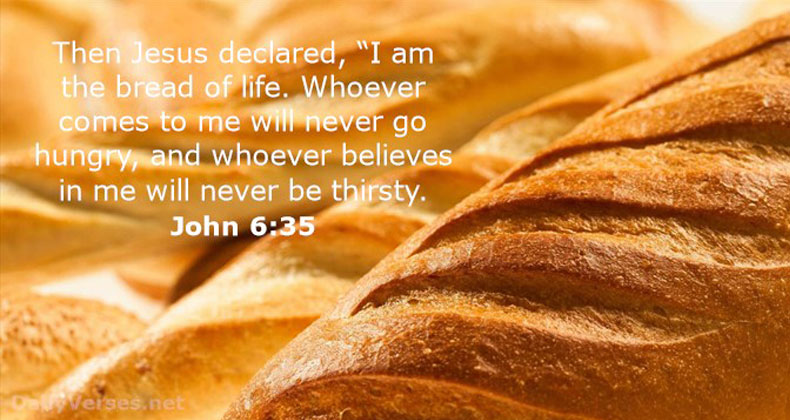 Father, we pray that as we become more aware of Your presence in our life, that we would know Your will for our lives. Give us the strength to trust You and hear Your voice, and to follow hard after thee that none would cause us to stumble, Amen. I’m sure we’ve all had that question before, right? What is God will for my life?

Jhn 6:36 KJV – But I said unto you, That ye also have seen me, and believe not.
Although you’ve SEEN Me, you don’t believe.

Jhn 6:37 KJV – All that the Father giveth me shall come to me; and him that cometh to me I will in no wise cast out.
Everyone My Father has given me will come to Me; and when you do I will NOT cast you aside.

Jhn 6:38 KJV – For I came down from heaven, not to do mine own will, but the will of him that sent me.
I have made Myself known to you, not to do what I want, but to do what the Father wants Me to do.

Jhn 6:39 KJV – And this is the Father’s will which hath sent me, that of all which he hath given me I should lose nothing, but should raise it up again at the last day.
And My Father’s will when He sent Me, that everyone He gave Me I will lose NOTHING, but will raise them up AGAIN in the last day.

What is God’s will?

Jer 29:11 NIV – For I know the plans I have for you,” declares the LORD, “plans to prosper you and not to harm you, plans to give you hope and a future. Couldn’t be any clearer to me, God’s will or His plan they are one in the same and yes, He has a plan for our FUTUTRE…and it doesn’t include HARM. Now the real question, what about our will? Is God really in control? What’s the bible say?

Dan 4:35 NLT – All the people of the earth are nothing compared to him. He does as he pleases among the angels of heaven and among the people of the earth. No one can stop him or say to him, What do you mean by doing these things? I’ll leave you with that verse and let God speak to you however He wills-Ha! This really is such a beautiful passage of scripture here in John, Jesus tells us if we come to Him He doesn’t toss us aside. What was the requirement? COME!!! As in come as you are. And what did He say was the Father’s will? That He lose NOTHING. So, who will God lose? This is where the verse in Daniel gains greater meaning, He does as HE pleases and NO one can stop Him, sounds like if He don’t want to lose any of US He ain’t gonna lose any of US. Wouldn’t you consider that the gospel? Better known as the GOOD news. Now Jesus also told them you’ve seen me and you don’t believe, so much for seeing is believing. The will of the Father is for His children to not hunger or thirst, the way to avoid be hungry is COME to Jesus and the way to avoid thirst is to BELIEVE. When we COME that means there is an active search for God in our life, why do you think He says to seek Him? And what exactly are we seeking?

Jhn 5:30 KJV – I can of mine own self do nothing: as I hear, I judge: and my judgment is just; because I seek not mine own will, but the will of the Father which hath sent me. Make sense to me, do you think you we’re supposed to seek out the Father so we can tell Him what we’re gonna do? We seek God to know His will, not ours. And the only what we’ll do that is if we believe…we have faith.

Heb 11:6 KJV – But without faith it is impossible to please him: for he that cometh to God must believe that he is, and that he is a rewarder of them that diligently seek him. There is absolutely NO chance in the world to please God apart from faith, but for those that seek Him and believe he is? Is what? PLEASING to God, if you don’t believe God is happy to see you or wants you to come to Him…you won’t do it. And why does God reward you? According to His word we diligently SEEK Him. When we don’t believe we can come to God because we’re just not good enough or we think we gotta make ourselves right in His eyes before we can approach His throne, we’ll never get close enough to taste of the bread or drink Him in…you gotta be sitting close enough to His table if you’re gonna eat. We keep God at arm’s length unknowingly with that kind of thinking, and when we do that it’s impossible to feel His warm embrace. How do we get closer to God?

Gal 3:11 KJV – But that no man is justified by the law in the sight of God, it is evident: for, The just shall live by faith. NO man is made just by what God observes us  doing, the only evidence required is to live by faith…believe.

Remember what happened with the bread after Jesus fed the 5,000? Jhn 6:12 KJV – When they were filled, he said unto his disciples, Gather up the fragments that  remain, that nothing be lost. Hmm…what do you know after He fed them, He picked up every piece that remained and NOT one piece was lost…fed and found all at the same time.

Let’s all pursue His will, In Him Phil