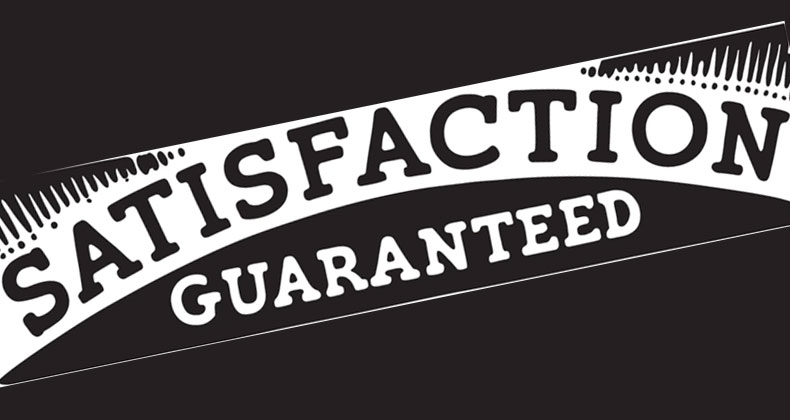 Father, let there be a revealing to the world of Your strength and Your glory. And when we see Your glory, we know we will be satisfied because we would know the One true God who satisfies every living thing, Amen. Have you ever heard that expression, satisfaction guaranteed?

1 [[To the chief Musician, Altaschith, Michtam of David; when Saul sent, and they watched the house to kill him.]] Deliver me from mine enemies, O my God: defend me from them that rise up against me.

My request to the head DJ in heaven when Saul is trying to kill me, deliver me from MY enemies, o MY God defend ME from every evil thought that RISES up in ME… put a song in my heart Mr. DJ.

14 And at evening let them return; [and] let them make a noise like a dog and go round about the city.

And when these dogs return in the night, let them bark all they want and go round and round looking for prey.

15 Let them wander up and down for meat, and grudge if they be not satisfied.

Let them go up and down looking for something to devour but don’t let them see the light of day so they will NOT be satisfied.

16 But I will sing of thy power; yea, I will sing aloud of thy mercy in the morning: for thou hast been my defence and refuge in the day of my trouble.

BUT I will SING of THY power, yes, I will rock the microphone like a bandit because I know your mercy is the greatest defense and protection in MY day of trouble.

David never saw Saul as his enemy even in his pursuit to hurt him.

[2Sa 22:1 KJV] 1 And David spake unto the LORD the words of this song in the day [that] the LORD had delivered him out of the hand of all his enemies, and out of the hand of Saul:  The only real enemy we have is within, it’s our thoughts and assumptions. David describes them as dogs, they make a lot of noise and they’re never SATISFIED. Are you satisfied this morning? If not, what enemy do you need to be delivered from? In this situation with David, I believe the enemy he needed to be delivered from was the feeling of resentment. Maybe he thought he would be a better king than Saul? Maybe he didn’t like him as a father-in-law? Maybe he thought he was a sinner? Can you see the dog inside him?

[Pro 26:11 KJV] As a dog returneth to his vomit, [so] a fool returneth to his folly. The fool will entertain every foolish thought that pops into his mind, how satisfying is that? Like a dog to his vomit. Resentment is a real killer. It will kill the life of Christ from us and there’s NO satisfying it. Sometimes we think we can live with resentment almost like an entitlement because of what we endured or have been through, much like David enduring all the attempts on his life but that’s the lie.

[1Ki 21:23 KJV] 23 And of Jezebel also spake the LORD, saying, The dogs shall eat Jezebel by the wall of Jezreel. The word of the Lord, the dogs will eat Jezebel…the queen of Israel…entitlement…she was never satisfied, and she resented Elijah…faith. When we live a life of resentment we are consumed and we have no life, we will never be satisfied…happy. How do we overcome this enemy? Well, the first thing David did was to make sure those feelings didn’t see the light of day…it didn’t turn into hurtful words or actions against Saul, in fact, it was the opposite.

[1Sa 24:8 KJV] David also arose afterward, and went out of the cave, and cried after Saul, saying, My lord the king. And when Saul looked behind him, David stooped with his face to the earth, and bowed himself. WOW!!! David totally had the VICTORY…he didn’t hurt Saul, he called him MY Lord and king and bowed down…total humility in the face of a threat. What did David do next? Verse 16 says he sang ALOUD of God’s mercy. When? In his day of trouble. Sounds like the way to conquer ALL our enemies inside of us is through prayer and singing? Can we be satisfied when we do that?

[Deu 33:23 KJV] And of Naphtali he said, O Naphtali, satisfied with favour, and full with the blessing of the LORD. The tribe of Naphtali were the best of warriors, if you got into a fight, you wanted them on your side. God rewarded them for being the best of the best, of the 12 tribes they were SATISFIED and FULL of God’s blessing…imagine you would be satisfied if God is giving you His best. What made them the best?

[Gen 49:21 NKJV] Naphtali [is] a deer let loose; He uses beautiful words. Naphtali means to WRESTLE. We wrestle with those unscrupulous feelings we have at times and make sure they don’t see the light of day instead we let loose beautiful words like My Lord or My love or My friend and bow our head and if we can find enough courage maybe we even sing a song because we are satisfied…make it a guarantee.

When will we be satisfied? [Psa 17:15 KJV] As for me, I will behold thy face in righteousness: I shall be satisfied, when I awake, with thy likeness. The more we look LIKE God the more satisfied we’ll feel, we can start with love and forgiveness and the world will see His face in you.

Let’s all live satisfied with God, In Him Phil