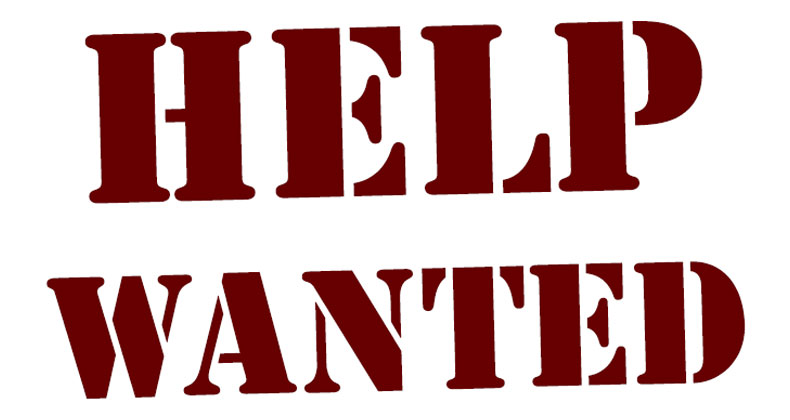 Father, we know that You make and fashion all of mankind and there is no thought that passes through our mind that You haven’t seen. Help us Lord, help us to live this life by Your design and Your purpose so that we would become true sons and daughters of God Almighty, Amen. Can you go anywhere these days and not see that sign, help wanted? Truth is even when we don’t know it, we always need it.

Rev 12:6 KJV – And the woman fled into the wilderness, where she hath a place prepared of God, that they should feed her there a thousand two hundred [and] threescore days.
In our immaturity we run into the wilderness, it’s the place we don’t think God exist…we think we’re going to find ourselves and we’re fed with our reasoning, extreme emotions and search to be somebody.

Rev 12:14 KJV – And to the woman were given two wings of a great eagle, that she might fly into the wilderness, into her place, where she is nourished for a time, and times, and half a time, from the face of the serpent.
Times go by and we mature and now we go back into the wilderness, but we go with some urgency, with greater vision and instead of being fed we’re actually nourished with something greater.

Rev 12:15 KJV – And the serpent cast out of his mouth water as a flood after the woman, that he might cause her to be carried away of the flood.
And don’t you know it, the enemy shows up and tries to stop us from our mission.

Rev 12:16 KJV – And the earth helped the woman, and the earth opened her mouth, and swallowed up the flood which the dragon cast out of his mouth.
And the EARTH helps the woman she opens her mouth and swallows the flood produced by the enemy as if to say you ain’t touching her anymore.

This is a pretty colorful passage in Revelation but them again aren’t they all? This is a picture of the woman inside of all of us, our soul, also known as the church or the bride of Christ. Now, with that context what real man would harm his bride? Crazy, right? So, we have to see this passage and really all scripture through that lens. In this passage the woman goes into the wilderness twice, the first time she was running from some trouble but the second time she’s mounting up with wings like an eagle and going in with purpose. You see the first time she’s like a runaway bride, she’s confused, troubled and uncertain. Who wouldn’t be? It’s a big change in life and that usually starts with more questions than answers. Here’s the problem, we enter into this relationship with God by faith and look to be fed with elements of earth and not heaven.

[Gal 4:9 KJV] 9 But now, after that ye have known God, or rather are known of God, how turn ye again to the weak and beggarly elements, whereunto ye desire again to be in bondage? Paul warns the church not to turn back to the WEAK and BEGGARLY elements because that’s what put them in bondage in the first place. The elements of the earth are land, sea and sky also known spiritually as reasoning, emotions, and pride. Do you remember the 3 temptations of Jesus in the wilderness? The first one Satan asked Jesus to turn the stones into bread, why? Jesus was fasting so likely hungry, now eating bread, or turning stones to bread is not a sin. What’s the sin? We reason with God and expect Him to fix the bad with good, we reason with Him instead of having faith and looking for the greater purpose. God isn’t some genie in a bottle waiting for us to throw up the right prayer just so he can make good on it. The second temptation the devil took Jesus to the pinnacle of the church and told Him to jump and then command the angels to catch Him. The pinnacle represents our extreme emotions and well we all know in that state of mind we expect God to do something or else we’ll die, right? You know when we reach the pinnacle of the temple? When we get offended, it will take our emotions to the highest high and that’s where the enemy usually unleashes the flood. Offences are the arch nemesis to forgiveness; you can’t serve God and mammon. And the last one if you bow to me ALL the kingdoms are yours, and since when did Jesus become a me first God…it’s pride the biggest enemy the church has ever seen. Now remember Paul describes these three as weak and being just like a beggar, he also told us we become a slave to them. Think about that one for just a second and try to be honest for a moment, why would we turn back to them again? Why wouldn’t we live by faith?

[1Co 13:11 KJV] 11 When I was a child, I spake as a child, I understood as a child, I thought as a child: but when I became a man, I put away childish things. Call me crazy but I don’t think our husband has any intentions on marrying a child, I think Christ is looking for a little maturity in this relationship so maybe we ought to put those childish things away. My gut tells me He’s NOT going to marry a beggar, He’s looking for someone that has a pretty big bank account…like faith, hope and love…He’s made enough deposits it’s time we start withdrawing them and live like the kings He’s called us to be.

Let’s all be nourished with faith, hope and love, In Him Phil