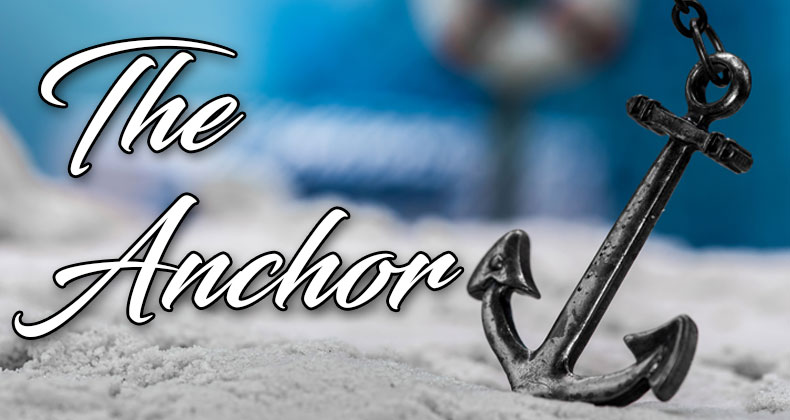 Father, we know that in this life You alone never change Your mind or Your heart for us. We can truly rely on Your love and faithfulness towards us, Your word declares even when we’re not faithful You are. Thank You for this eternal truth this morning and help us trust You and believe in Your word, Amen. Do you ever change your mind? Does God?

17 Wherein God, willing more abundantly to shew unto the heirs of promise the immutability of his counsel, confirmed [it] by an oath:
Of course God wanted to make it very clear what He has promised to us through His wisdom and might and did so by swearing an oath because His plans NEVER change.

19 Which [hope] we have as an anchor of the soul, both sure and stedfast, and which entereth into that within the veil;
This hope is the anchor to our soul, both firm and secure, and provides entrance within the holy place;

There are certain pieces of scripture that provide so much comfort, this is definitely one of them. Don’t you love when God tells us that He has made several promises that are impossible to alter? I love the illustration He uses in this passage, it’s one of an anchor. The two most important pieces of a ship, the rudder and the anchor…one for direction and one to keep you from drifting away.

[Jas 3:4 NLT] And a small rudder makes a huge ship turn wherever the pilot chooses to go, even though the winds are strong. Make no mistake God is NOT your co-pilot, He is the PILOT. Seriously who do you think gets you through those strong winds in life? I also love the comfort of the anchor this morning, no matter how crazy life may get He won’t let us drift away from Him. This is immutable…God will never break a promise, that’s what makes Him God. This is why scripture is so important to us, God’s influence in our life is based on His promise to us and not ours to Him. And did you notice what is also impossible with God? He NEVER lies…that’s a big one to try and comprehend given we don’t always tell the truth much less keep a promise. Why do you think God reminds us how fragile our feelings and reasoning are? It all withers and fades beneath the storms of life but His word and His promises remain forever, storms have NO effect on God or His promises. Now we shouldn’t disconnect this message with the truth that He opened the door, made a way beyond the veil. You know what the veil is?

[Heb 10:20 KJV] By a new and living way, which he hath consecrated for us, through the veil, that is to say, his flesh. Jesus prepared a new way to live this life, not one that is restricted by the law or even my fragile sensibility and feelings…No, this goes way beyond the limitations of our natural life so that we might enter into His life. It’s the new covenant, it’s the covenant of grace. It is also known as the order of Melchizedek, he was a king and a priest during the time of Abraham. He met Abraham on the road as he was returning from his victory after defeating the king of Sodom (our flesh), he blessed Abraham and gave him both bread and wine (communion, the new covenant) and told him he would possess both heaven and earth…wow!!! This is a promise from God, He has given you and I the same gift so we might possess heaven and earth. I hope you can see the rudder and the anchor are both Christ, they are salvation in this life…remember He came to save us NOT condemn us. Save who?

[Tit 2:11 KJV] For the grace of God that bringeth salvation hath appeared to all men. God’s grace brings salvation to ALL men…mankind, this is a promise and He will NOT lie…I would say that’s the best anchor we could have. You know what’s on the other end of that anchor, right? Yeah…it’s God.

What’s the difference between our plan and God’s? [Psa 33:11 NASB] -The plan of the LORD stands forever, The plans of His heart from generation to generation. His has a heartbeat that will last forever, and not only for us but our children too…sounds like it will endure.