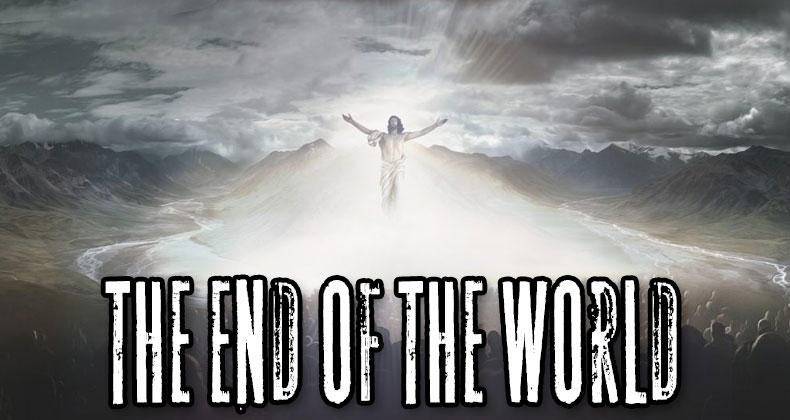 Father, we know that You are the creator of all things and Your word declares that You bring an end of things to create a new beginning. You kill and You make alive, You wound and You heal, You take down kingdoms and You establish Your throne. We pray Lord, that any world that is not established by Your word and Your promise end and begin that which remains forever, Amen. A lot of chatter these days about the end of the world.

40 As therefore the tares are gathered and burned in the fire; so shall it be in the end of this world.
Now part of this process is to take the weeds and burn them in the fire so the only thing left is the WHEAT; that’s when you know the world has ended.

41 The Son of man shall send forth his angels, and they shall gather out of his kingdom all things that offend, and them which do iniquity;
And Christ will send forth His heavenly spies and they will gather out of His KINGDOM two things, that which offends us and our responses to such things.

42 And shall cast them into a furnace of fire: there shall be wailing and gnashing of teeth.
And they will cast these two things and throw them in a furnace: then there will be crying and clenched teeth.

So when exactly does this world end?

[Psa 78:69 NIV] He built his sanctuary like the heights, like the earth that he established forever. Wait a second, how can the WORLD end and the EARTH be established forever? Hmm…perhaps they are NOT one and the same. The EARTH speaks of the planet, the WORLD which ends is the Greek word kosmos…it means the orderly arrangement of things, that which governs. Have you ever heard someone say, what world is he/she living in? We all have some order to our thought life and there are many things that govern…control our lives, some of them based in faith and some based in reason, logic and emotions. This is the picture of the wheat and the tare, at the end of the WORLD the tares…weeds…are thrown in a fire and burned. Then Jesus tells the disciples the tares are represented as anything that OFFENDS us, what’s that?

[Rom 16:17 KJV] Now I beseech you, brethren, mark them which cause divisions and offences contrary to the doctrine which ye have learned; and avoid them. Anything that divides people because they feel offended, this is contrary to the DOCTRINE…love thy neighbor. Kind of hard to love them when we get offended and separate ourselves from them, right? So once we get offend it says we DO iniquity, sin. What’s the sin?

[Jas 4:11 NLT] Don’t speak evil against each other, dear brothers and sisters. If you criticize and judge each other, then you are criticizing and judging God’s law. But your job is to obey the law, not to judge whether it applies to you. This is a clear translation of the verse, this is the iniquity Jesus if speaking about. It’s considered EVIL when we judge and criticize others, He summed up ALL the commandments…LOVE. This is why God sends the fire, it’s to change the way we think about others and it changes the way we see one another. What’s the fire to end our world?

[1Pe 4:12 KJV] Beloved, think it not strange concerning the fiery trial which is to try you, as though some strange thing happened unto you. We all go through trials in life, and some that may seem very extreme as though you’re in a fire and there’s no relief. And if we’re honest, when we face those types of trials they usually don’t make sense and they defy reason and logic…the very world God’s want to burn. He changes our WORLD, from logic and emotions to faith.

[Heb 11:3 KJV] Through faith we understand that the worlds were framed by the word of God, so that things which are seen were not made of things which do appear. God framed the TRUE world by His word through FAITH…yea, makes sense if HE gave us the Word it should have more power and effect in our life than logic and emotion, right? Now don’t forget, the end of our small little world is called the HARVEST…there’s an abundance of wheat.

[Joe 2:24 NLT] The threshing floors will again be piled high with grain, and the presses will overflow with new wine and olive oil. My prayer for everyone this morning is that your life will be piled HIGH with God’s blessings and that you pour out nothing but love and joy all around…welcome a new world.

Let’s all pray for the harvest, In Him Phil