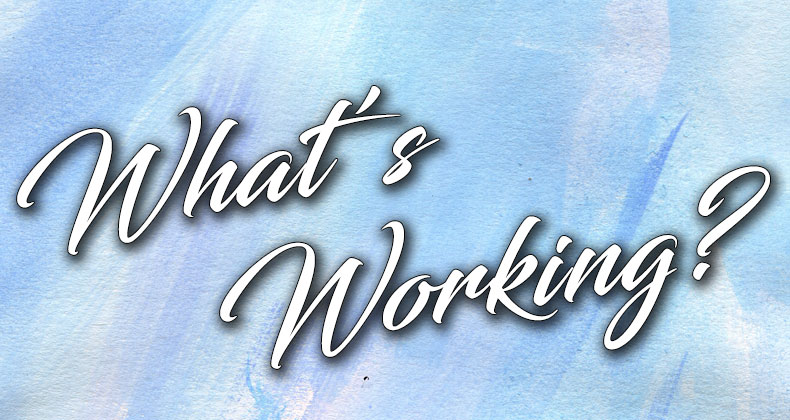 Good morning all! Father, You are always working, this world doesn’t move without a touch from your hand. We know by your word that ALL things work together for good to them that love God, today WE say we love You, Amen. For some reason we can be quick to declare what’s not working, how about today we see what is working?

Jas 2:17 KJV – Even so faith, if it hath not works, is dead, being alone.
Faith alone…what you claim to believe is DEAD…no life…if there’s nothing that goes with it.

Jas 2:25 KJV – Likewise also was not Rahab the harlot justified by works, when she had received the messengers, and had sent [them] out another way?
And just the same Rahab the harlot also received favorable works after she hid the spies?

What is life? Who defines what life is? Who has the perfect life? Hmm…only one answer here the very Giver of life…God!

Gen 2:7 NIV – Then the LORD God formed a man from the dust of the ground and breathed into his nostrils the breath of life, and the man became a living being. The only reason you and I got up this morning and are breathing is because God said so, WE have the breath of God inside of us. Now follow, we are called to live a life of faith and what James is saying is our faith should be breathing…that’s the works and without it…we’re NOT breathing we’re dead…as far is God is concerned. To say you believe in God or have faith and NO works, that makes us just like the Devil, he knows God is real and so is faith he just ain’t gonna do any works cuz he’s NOT nice. So what is the work to do?

Tit 3:5 KJV – Not by works of righteousness which we have done, but according to his mercy he saved us. We can do all the righteous acts we want and they won’t add up to a hill of beans, it is only by the works of God which is MERCY. Faith and mercy go hand in hand, if I say I love God and reject people I’m dead…mercy is missing. Now before we try and justify why WE don’t give mercy to that one person, look at the example God has given us here in James. He saved Abraham who is known as the father of faith, however, he also mentions Rahab the prostitute which correct me if I’m wrong but didn’t God save her too? And wasn’t she originally an enemy? Hmm…I guess we really are supposed to love our enemies. And you might ask why? God had a very important task for her, you see she is in the lineage of Jesus Christ. You can be the holiest of holy or the worst of sinners, as far as God is concerned both will receive the works of His mercy. Doesn’t His word declare that His mercy endures forever…it’s alive NOT dead. Doesn’t the bible also say God is no respecter of persons? Put it all together and God’s working always to touch all our lives. Live like you the breath of God in you and you’ve like you’ve been touched by Him, don’t just say you have faith show it. Let the world know your alive…show mercy.

Is your faith working? Gal 5:6 KJV – For in Jesus Christ neither circumcision availeth any thing, nor uncircumcision; but faith which worketh by love. If your faith isn’t working it’s not because it’s broken…you just ain’t turned it on yet…go love.

Let’s all get to work, In Him Phil